What do these rich and famous have in common?

Since awareness began to gain momentum in relation to pollution and global warming, many people began to take action to help solve damage to the environment, a large number of these people are nationally and internationally recognized people. Here is a list of some examples of people who lead an eco-friendlier lifestyle than normal.

Since awareness began to gain momentum in relation to pollution and global warming, many people began to take action to help solve damage to the environment, a large number of these people are nationally and internationally recognized people. Here is a list of some examples of people who lead an eco-friendlier lifestyle than normal.

Leonardo DiCaprio: One of the most well-known celebrities who is committed to sustainability, DiCaprio has solar panels on his home in Los Angeles and uses an electric car. He also frequently speaks out about the need to combat climate change.

Emma Watson: Watson develops several projects and is part of causes that led her to become part of an important company, which encourages the production of sustainable fashion without harming the environment and promoting ecological means for the production of its products.

Former President Barack Obama: Obama had solar panels installed on the White House during his presidency in an effort to lead by example on climate change. He also promoted green energy initiatives and signed the Paris Climate Agreement.

Julia Roberts: She is an excellent environmental conservation activist and lover of sustainable energy, Julia Roberts’ house in Malibu is equipped with photovoltaic panels, the Hollywood Bride is really a fan of solar energy.

Alejandro Sanz: Alejandro Sanz has participated in several Greenpeace initiatives and collaborated in the “Give the Planet a breather” campaign, calling for a blackout to create ecological awareness among his thousands of fans via Twitter. He was so successful that he repeated the experience on other occasions. In addition, it has created its first line of ecological products, baptized as “Sombra”. These products come from his farm in Jarandilla de la Vega (Cáceres). Organic jams and oils with a high ecological value.

Elon Musk: The tech mogul and entrepreneur is a big proponent of solar energy and has solar panels in his own home. He also owns Tesla, which manufactures electric cars.

Penelope Cruz: She is one of the best-known Spanish actresses in the world and one who cares the most about the environment. His diet is fundamentally organic, as is that of his sister, the also actress Mónica Cruz, and that of the family he has formed with Javier Bardem, who has just presented the documentary ‘Sanctuary’ at the San Sebastian Festival, which supports a campaign of Greenpeace to protect the last virgin zone of the planet of the Antarctic Ocean.

Al Gore: The former Vice President has been a vocal advocate for combating climate change and has solar panels on his home. He also produced the 2006 documentary An Inconvenient Truth, which brought attention to the issue of climate change.

Johnny Depp: Johnny Depp is a supporter of environmental conservation, he is one of the most recognized celebrities for his concern regarding the reduction of the carbon footprint, he is always trying to lead an increasingly ecological lifestyle, so much so that he has decided to convert his island in the Bahamas in a sustainable oasis, which produces all the necessary electricity through hydrogen cells that run on solar energy.

Ellen Degeneres: Is a passionate advocate for gorillas. Her foundation ‘The Ellen Fund’ has the mission of protecting and studying endangered mountain gorillas. With this effort, it also seeks to contribute to environmental conservation and support the local community to find ways to thrive alongside these magnificent animals and improve their habitat.

Mark Zuckerberg: The Facebook founder has solar panels on his home, and also uses an electric car. He has also invested in green energy projects, including a solar farm in Texas.

Bill Gates: The Microsoft co-founder is another billionaire who has invested in green energy projects. He has also donated to research on solar energy and other renewable energy sources.

Meryl Streep: In 1989, actress Meryl Streep founded Mothers and Others, a group that provides information about the presence of chemicals and pesticides in agricultural products. Although her campaign ended in 2001, Streep continues to raise awareness about toxins in food and water sources and is part of the Children’s Health Environmental Coalition, which works to educate about environmental hazards, sustainable energy through the use of solar panels and children’s health.

Sting: The musician has been a vocal advocate for the environment for many years and has solar panels in his home. He also founded the Rainforest Foundation, which works to protect rainforests and indigenous peoples.

Jack Johnson: The singer-songwriter is another musician with a commitment to sustainability. He has solar panels in his home, and all his tours are carbon-neutral. He also founded the All at Once campaign, which promotes sustainability.

Neil Young: The rock legend has been a long-time advocate for the environment. He has solar panels on his ranch and has also invested in electric cars. He has also been critical of the oil industry and has campaigned for renewable energy.

George Clooney: The actor and director is yet another celebrity with solar panels in his home. He has also spoken out about the need for action on climate change and has donated to relief efforts for victims of climate-related disasters.

What these rich and famous have in common is that they lead a pro-environmental lifestyle, always trying to promote change in society that they can influence. Most of them use solar panels and invite their followers to use them because it is the best option to generate clean energy and preserve the planet.

You too can be part of the change and join the cause to save the world, click on the next link to learn more about solar energy and how to install them at no initial cost in your home or business.

Learn more about solar panels and their contribution to the environment.

Get updates and learn from the best

AntPreviousHow to reduce the carbon footprint?
NextHow to lead a more ecological lifestyle?Siguiente 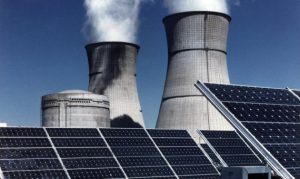 How Solar Panels are Transforming the Electric Industry

Solar energy has become one of the main sources of renewable electricity worldwide, and solar panels are an essential part of this transition. However, they are not only helping to reduce dependence on fossil fuels and improve energy efficiency, but they are also transforming the electric industry.

Unlock the benefits of home solar panels: A step by step guide to instalation.

Installing solar panels is becoming increasingly popular, as more and more people are looking for ways to generate their own clean energy and reduce their reliance on the traditional electricity grid. With the right information, anyone can learn how to install solar panels and be well on their way to having a reliable source of renewable energy. 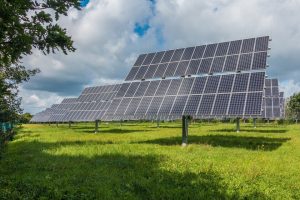 How does solar energy work?

Solar panels absorb sunlight and convert it into electricity which can then be used to power homes and businesses. Solar energy is also inexpensive, as it does not require the use of expensive fuel sources. Additionally, the sun is an abundant source of energy and is available for free for everyone around the world. Solar energy is not only a sustainable source of energy, but it is also becoming more and more cost-effective. This makes it an attractive alternative to conventional energy sources, and it is likely to become increasingly popular in the future.

Tired of the high cost of energy bills?

Reduce your energy costs and save money each month with a solar energy system. It’s a simple and cost-effective way to reduce your carbon footprint and keep your energy bills low.

Discover the best way to save money and the environment with solar energy.

GET A FREE QUOTE WITHOUT OBLIGATION